Everyone told Florence that leaving her home to move in with her daughter and her family was supposed to be the best thing for her. Her son-in-law Albert had always made her a little uneasy, but she adored her daughter and grandchildren. Sadly, Florence’s move only confirmed that her instincts about her son-in-law had been right all along.

Albert is always good to her when her daughter Carol is around. However, whenever Albert and Florence are alone, his verbal abuse and intimidation begin. He calls her names and tells her she is stupid. He makes fun of the way she moves or talks. He threatens her often, telling her that she had better watch her step or he will send her to a nursing home. He also threatens Florence by telling her that if she breathes a word of what he says to her daughter Carol, he will deny it, take all her money and convince people she has dementia.

Florence’s daughter is puzzled as to why her mother has become so withdrawn. She refuses to leave her room except for meals. She hardly eats and rarely speaks. Her daughter wonders why her mother would shut down like this in such a loving environment but assumes that she’s just adjusting and will come around. Her husband Albert agrees completely. 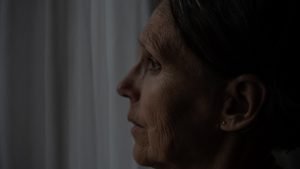 Eva was grateful that she had a grandson who was willing to assist her with her errands. Since her husband passed away, doing simple tasks like going to the grocery store or the bank had become difficult for her, and for a while, it seemed like the perfect arrangement. He would take her to the bank and wait while she deposited her check and withdrew the cash she needed. Steve then drove her to do her shopping.

As winter approached, Steve told Eva it would probably be easier if he just ran the errands, so she didn’t have to be out in the cold and worry about walking in the snow and ice. Because he had been so helpful up to this point, Eva thought nothing of signing her pension check over to her grandson, or providing him with cash, so that he could make her purchases for her and deposit the rest in her account.

It took several months to realize that her grandson had not been depositing the extra money in her bank account. He was doing her shopping as promised but kept the extra money for himself, causing Eva’s checking account to dwindle. It wasn’t until a check she had written to cover her insurance had bounced that Eva realized her grandson had been stealing from her. 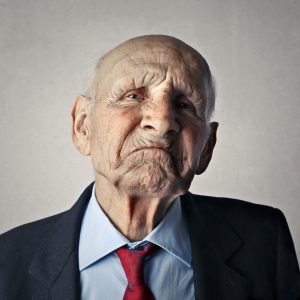 Carl’s wish was to live out his remaining years in the home he had shared with his wife of more than 60 years, but he really needed someone to help him with his daily living activities. His niece Kathy had always been very close to her Uncle Carl, and since she was between apartments at the moment, they decided that Kathy would move into his home and assist him with his daily tasks.

Kathy tries her best, and much of the time, she is very kind to her Uncle Carl, but at other times she loses patience with how slowly he moves and accomplishes things. If she is in a hurry, she will sometimes shove him out of the way, resulting in falls and bruises. Other times, her frustration leads to insults, name-calling, and door slamming.

Neighbors often heard the shouting and Carl’s cries of pain. One of these neighbors felt something needed to be done and called the police when she heard Carl’s cries through the bathroom window. Police found him on the floor of the bathroom with a shattered hip and bleeding head. He had been lying there in pain for hours after Kathy, frustrated with having to help him with his personal hygiene, pushed him off the toilet and left the house in a rage.